On March 14 2022, Norwegian poet Odveig Klyve posted a powerful, spontaneous poem on her personal Facebook page condemning Vladimir Putin and Russia’s invasion of Ukraine. Within days, it had been shared thousands of times and translated into 20 different languages. Since then, with the help of Shetland poet Robert Alan Jamieson, the poem has given birth to an online group amassing over 600 members from all across the world and made front-page headlines in the Norwegian press. The poem has currently been translated into over 40 languages and dialects with version totalling over 50, all of which you can read by joining the group at the link above.

Now, it is our honour to announce that we will be publishing a single volume of each and every translation, as well as Odveig’s stunning original. Titled Skjelv Du På Handa, Vladimir? / Does Your Hand Shake, Vladimir?, 100% of the profit made on the book will go to organisations providing aid in Ukraine. We want to do this quickly as time is of the essence, but we can still use your help. We are looking for more translations into languages currently missing, and would encourage anyone, poet or not, to contact us should you feel compelled to do so. The deadline for submissions is the end of April.

Continue reading to hear about the project in the words of its originators, and to find a list of every language the poem has currently been translated into for reference.

One Poem in a Multitude of Voices

This unique book is part of a project grown from a single poem by Stavanger poet Odveig Klyve, written in Norwegian and posted online spontaneously on March 14th 2022, the nineteenth day of the Russian invasion of Ukraine. Klyve had never felt such urgency to share a poem before: ‘It was a spontaneous poetic expression that sparked other spontaneous reactions’, she told the Stavanger Aftenblad in an interview. ‘I HAD to write this, and I HAD to post it.’

This short poem, addressed to Putin in intimate manner, with its quiet yet bitter condemnation, immediately caught the attention of Kenneth Steven who translated it into English, and within a few days it had been shared thousands of times, and translated into 20 other languages. ‘I think people needed these words. Many have told me the poem gives voice to their own feelings,’ she added. ‘It is a simple poem which is not difficult to understand, but it has a poetic structure that carries you along. What has happened demonstrates the power of poetry.’ The Russian translator, living in exile, told Klyve how she wept as she translated it, because it was painful to use that language in light of the invasion.

So these are the voices of humanity, pursuing the dictator as he flees. As the project grew, it became a chain of condemnation across cultures, wrapped around Scandinavia and the north first, then Europe as a whole, before making its way through the Middle East to India, China and Japan in the east. Westward, it has followed the Viking sea-route to America from western Norway to Shetland, and to Faroe, then Iceland, on to Greenland, into northern Canada, to Alaska – where Putin’s Russia is very close.

What began as a spontaneous act of poetic solidarity, an impulse to spread the word by translating what many people recognised to be an important poem, a poem that spoke for them, has now given birth to a whole book of versions in different tongues, including minority languages and dialects.

The emphasis is on unique voice – and so, a secondary aspect of the project is now the gathering of recordings of translations for a new composition by the well-known musician and producer Nils Petter Molvær, NPM, a collaborator and friend of the poet. A sample of NPM’s work-in-progress is available on the SKJELV DU CHOIR channel on Soundcloud, where you can also hear a playlist of raw audio, posted as recordings are received. 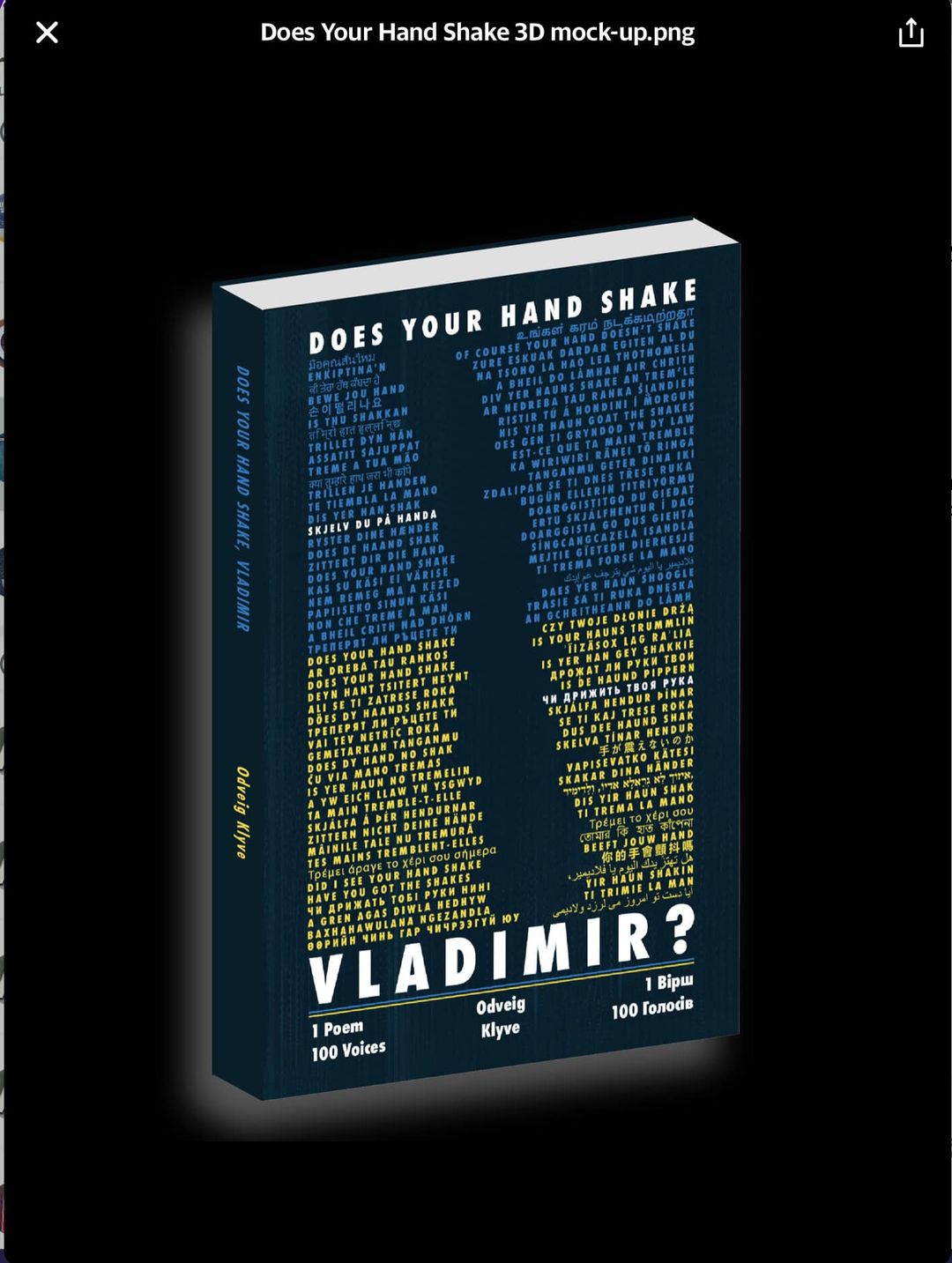 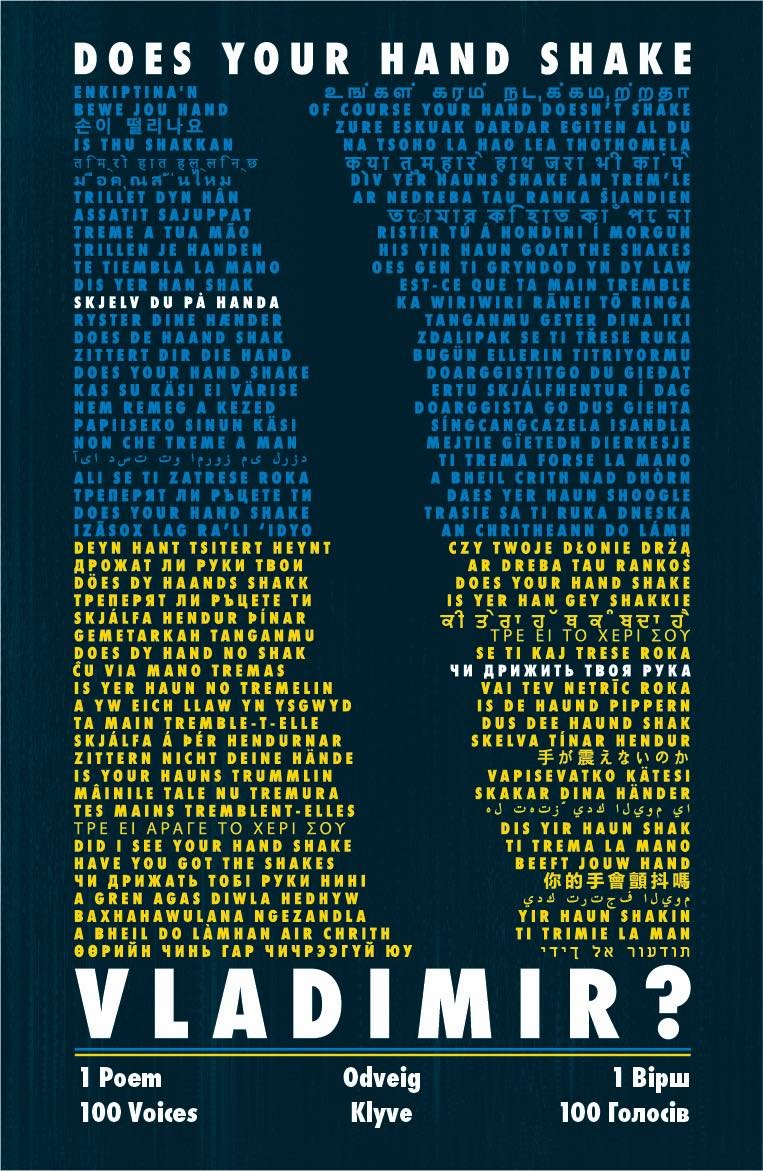